Milhench Supply Company, one of eastern New England’s leading independent providers of facilities supplies and services, recently announced Mike Costello has been named president of the company, effective Oct. 3, 2022. Costello is the first person outside the Milhench family to run the company in its 90-year history. He had previously been general manager, overseeing operations.

“Over the course of almost two years of self-examination and long-range succession and strategic planning, my siblings and I came to the realization that the time was right to evolve Milhench from ‘family operated’ to ‘family owned,’ by installing a non-family, professional management team,” said Heike Milhench, company president since taking over from her father, Arthur, in 2001. “Mike will build his team, but his appointment allows the company to keep the culture and personal touch of a family business, while also being a customer- and employee-first, professional organization managed for the long term.”

Siblings Mark and Loren Milhench, both of whom have worked at Milhench in sales since the mid-1990s, will continue in those positions. In their roles as shareholders, the four Milhench siblings, including Elke Pierre, owner of Marion Yoga Loft, who does not work at the company, will become members of Milhench Supply Company’s newly created board of directors.

Throughout the succession and strategic planning process, the Milhench siblings reflected on and discussed what skills, attributes, and characteristics an ideal new leader would bring to the role of president. As the job description was defined, it became clear that Mike Costello possessed everything they would be looking for. Well-known and respected by customers and employees, Costello first joined Milhench in a sales role in 2007. He left the company in 2011 for a position as a financial advisor, returned in 2018 as vice president of sales and marketing, and was promoted to general manager in 2019.

“Members of the Milhench family describe my new role as the company’s first ‘non-family’ head of the business, but the team at Milhench, and the customers we all work so hard to serve, have always felt like family to me,” said Costello. “For our customers, not only will it feel like business as usual, but important Milhench traditions like Hanna’s homemade rum cakes at the holidays and our big Oktoberfest at every fifth anniversary will continue without interruption.”

Heike Milhench will continue to be a resource to Costello as both a board member and an advisor. But she also plans to write the next chapter of her career outside the company.

“I jumped into my former position when my family needed me. The next time I looked up from my desk, I had been in that role for 21 years. I’m excited to explore what is next for me, because I am confident my family’s business is in the right hands going forward,” added Ms. Milhench.

Costello graduated from the University of North Carolina at Charlotte, NC, in 2005 with a degree in marketing. He began his career in the beverage industry before joining Milhench in 2007. He also spent a year living in Germany, has worked in construction, and once hiked the 273 miles of Vermont’s Long Trail from the Canadian border to Massachusetts.

A native of Rumford, RI, today he lives in Seekonk, MA, with his wife, Luana, and their young daughter, Maeve. In his free time, Costello plays guitar in a band, loves to ski, hike, camp, and practice his German.

Milhench Supply Company is a family-owned business that has been supplying everyday necessities to keep businesses running cleanly and efficiently since 1932. Products range from cleaning supplies and equipment; to washroom and personal care items; trash and facility management supplies; and foodservice and industrial packaging supplies.

The company delivers in-stock items to customers in one to two days via a delivery fleet that serves Boston and the surrounding suburbs, the North Shore, South Shore, Central Massachusetts, Southern New Hampshire, Rhode Island, Southeastern Massachusetts, Cape Cod and the Islands.

Milhench also provides equipment service and repair, inventory management, and facilities design. The company’s Green Audit & Site Assessment Service has become a popular way for companies to improve their environmental impact and the health of their workers, while also addressing overall costs and productivity. 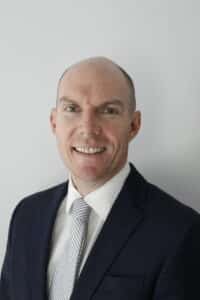 Bob Robinson Jr. Is Promoted To President Of Kaivac

Sign up to receive our industry publications for FREE! 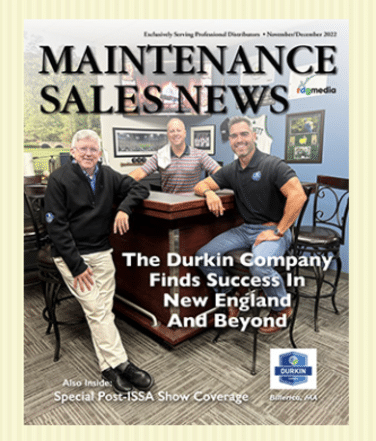 Subscribe to our Magazine & FREE eNewsletter!
Scroll To Top